113 Properties for sale in the Algarve Region matching your selection

Studio apartment, with magnificent sea views, located in one of the upper parts of the city of Albufeira in an extremely quiet area, inserted in a development with a communal pool. The area where this condominium is located is a mixed tourist and residential area close to the beach and with excellent access. The balcony with excellent dimensions, is facing south and allows an almost 180 degree view of the sea, where the southern solar layout allows the apartment to be bathed in the sun throughout the day. The location, development, view, access facilities, proximity to the Albufeira Marina, quick access to commercial areas greatly help to make the investment in this apartment an opportunity. Albufeira benefits a lot from developments of this type where its economy is based on tourism. This apartment is excellent for renting as local accommodation, or for tourist exploitation, allowing very good occupations and investment income. Being inserted in a privileged area and at the same time at the entrance of the city, the ease of accessing the downtown area is facilitated by the proximity. The cosmopolitan downtown area has a wide range of shops, restaurants and bars, where everyone can enjoy unique moments of fun and entertainment throughout the day and most of the night. Albufeira is the center of national tourism, where the quality of the waters of its beaches, infrastructure, collective and private facilities are essential for the municipality and thus all its activity. 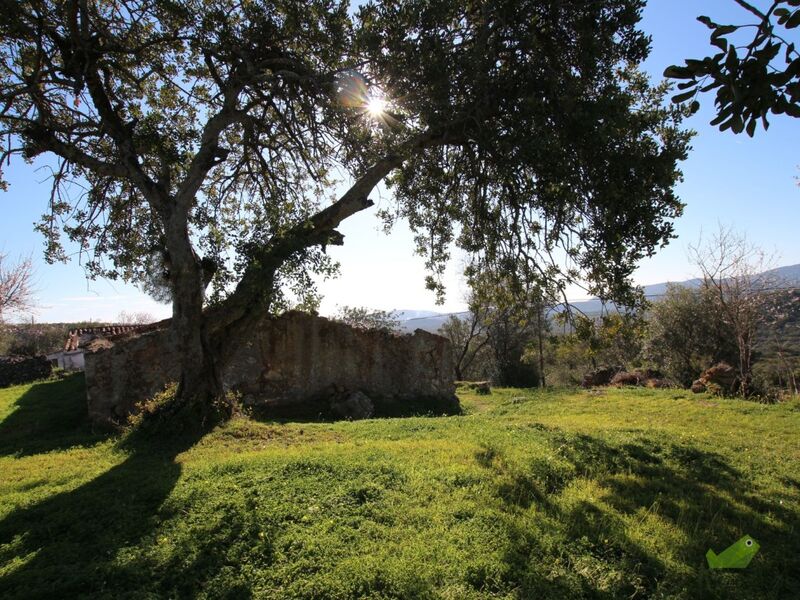 Plot of land with 3600sqm and existing ruin with 100sqm. Very well located, just 2km from the center of Boliqueime. Quiet area, easy access. Well with water supply. Great potential for remodeling. Boliqueime is a typical Algarve village, whose creation dates back to the XIII century and has Italian origins, when the Venetians and Sicilians demanded the Algarve coast in tuna fishing. Today it has about 6,000 inhabitants, has supermarkets, butcher, pharmacy, banks, restaurants and many caffés and pubs. It has become the destination of choice of many foreigns and is one of the counties with the highest rate of foreign residents. Just 20 minutes driving from Faro airport and 10 minutes from the beaches. It has a nice cultural activity, in wich the annuel festival 'Tasquinhas de Boliqueime,'in July, is visited by hundreds of people.

Studio apartment, Type T0, close to the center of Albufeira, next to the beach of Albufeira, swimming pool, investment to live or rent
86 000 €
Albufeira
1
25 m²
31 m²

Portugal, Algarve, Albufeira, T0 apartment with living room, equipped kitchenette, bathroom, air conditioning, balcony, located in a 4 * development, Paraíso de Albufeira, 10 minutes from Praia do Inatel and Forte de S. João. Located in the prime area of ​​Albufeira, about 700 meters from the beach. With reception, outdoor and indoor heated swimming pool, as well as mini golf, tennis court, mini club for children, banquet, conference and meeting rooms. This apartment is central and has all the main services nearby, offices, schools, hypermarkets/supermarkets, shopping area, pharmacy, children's playground, gyms, multi-sport municipal gym, municipal swimming pools, radical park, soccer field, marina, shopping area, green spaces, fire, police and GNR. It is, certainly, the best property investment solution for holidays, income or for your own home. About the history of Albufeira, the place-name Albufeira comes from the Arabic word البحيرة (al-Buħayra), designation from the century. VIII, which means the lagoon or by the sea, or, according to other specialists, castle of the sea, standing tall and in an amphitheater over the sea. From the Arab period, the narrow alleys, the old castle and the very white houses with their terraces and arches persist. The current area of ​​the municipality of Albufeira has been occupied by man since at least 2000 BC The Romans gave it the name of Baltum, and the Arabs. which they occupied in 716, called it Albuar or Albuhera. [7] Its castle, practically impregnable due to its strategic position, was the last Arab stronghold to fall into the hands of King Alfonso III of Portugal. Submitted to Albufeira in 1249, then in 1250 it was donated to the order of Avis. In the first decades of the 20th century there was a sharp increase in the export of fish and nuts. The village then had five factories employing 700 to 800 people, mainly fishermen's wives. However, from the 1930s to the 1950s, there were times of decay, fishing traps were ruined, factories closed, boats disappeared and many houses were abandoned. The population was halved and fishing became once again a subsistence activity. The early 1960s witnessed the awakening of Albufeira to the tourist phenomenon, when it was sought out by international tourists, but it was mainly with the English that it prospered. Since then, the hotel industry in the city has developed a lot. In the 1980s, there was a huge urban development boom, with the city growing to the east, where most of the administrative services, including the City Council, were transferred to.

Algarve, Faro, Silves, villa construction site, with approved project, Messines, Barragem do Funcho Land with project approved for a villa, located about 2.5 km from Messínes, with fruit trees, very quiet agricultural area with good access, near the dam of Funcho. 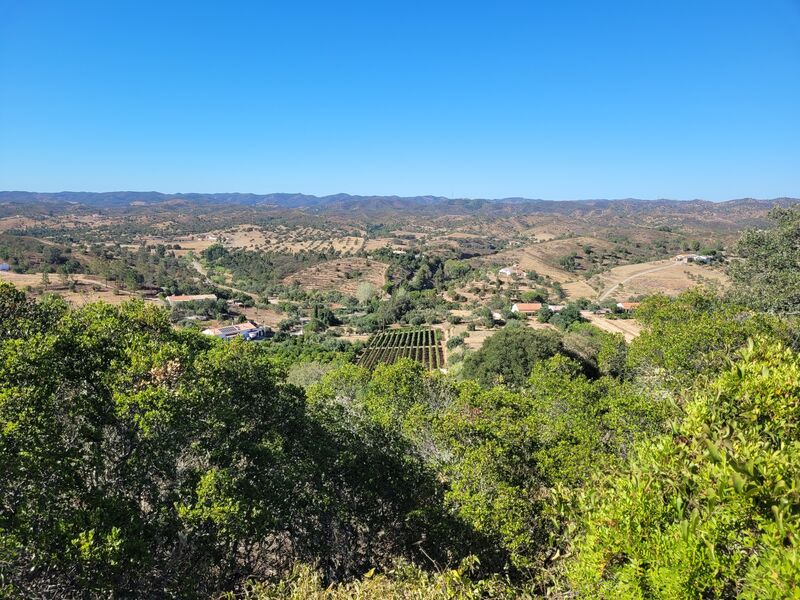 Algarve, São Bartolomeu de Messines, rustic land with 4,440sqm with an isolated and already collapsed ruin, located in Bica Alta, at about 7 km from São Bartolomeu de Messines. The ruin has a private total area of 280sqm, and the construction of the house can be expanded up to 300sqm. Land on 3 terraces, the ruin is in a quiet setting in an area with stunning views. The property is accessed by tarmac road up to the well-known Restaurante Caixeiro, with an additional gravel road of about 1 km. This access is markedly steep and needs to be tarred or, at the very least, to have the severe effect that the winters have caused, with pronounced and wide ruts along the way, corrected. This access was made as a dirt road some 15 years ago. But, due to lack of maintenance, it became practically inaccessible to cars, so the price of the ruin has been reduced to cover the payment for the reconstruction of the access. This ruin is located in an isolated countryside area, where it has complete tranquility and where, above all, you can enjoy the wonderful views over the valley and the rolling limestone hills of central Algarve. At the same time, it is located at about 10 minutes from the town of São Bartolomeu de Messines, where you can find all kinds of shops and services. We must add that the land already has verified conditions to make a bore hole in order to allow for water autonomy. For electricity, you can ask EDP for a connection to a branch that is about 300sqm away. Alternatively, you can choose to install solar panels in sufficient quantity to allow enough autonomy to meet the needs of the house. 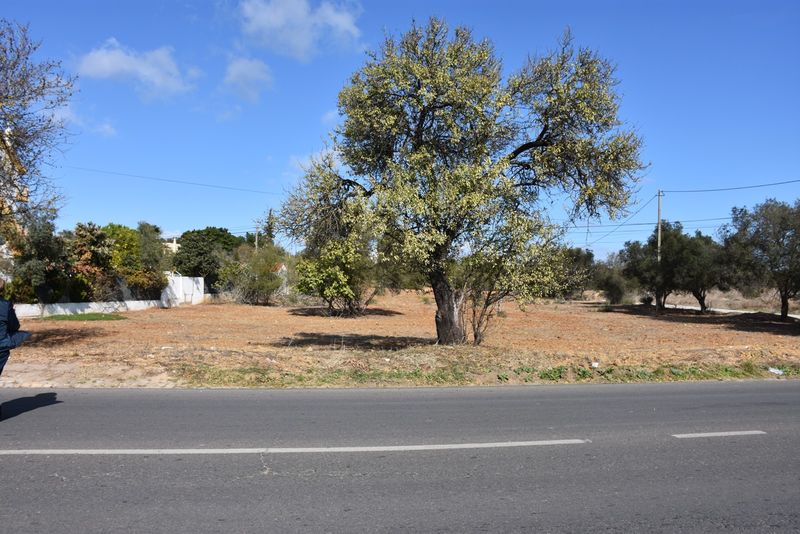 Algarve, Olhão, Ria Formosa, rustic land, well located. Rustic, flat terrain, with some rainfed trees. It has easy access, water and electricity nearby. Located on the outskirts of Olhão, about 2km from the city center, next to the national road that connects Pechão to Olhão. The City of Olhão is located in the heart of the Ria Formosa Natural Park, a unique ecosystem for its fauna and flora, its incredible sand banks, its extensive golden sand and its barrier islands... You will be amazed by all the natural spectacle that the Ria provides to the city. In the various bars and cafes with inviting terraces, you can enjoy the Ria, its fantastic sunrise and sunset, and the unique tranquility that it brings us. We also suggest a boat trip whose route runs through the river channels of Olhão and the barrier islands that are part of the Ria Formosa. Take the opportunity to visit the Cabo de Sta. Maria Lighthouse (Ilha do Farol) and take a trip to the fantastic Ilha Deserta, Ilha da Culatra and Ilha da Armona. Pechão is a small rural village, where almond and fig trees abound, located about 4 km from Olhão and Faro. The small Church of Pechão stands out for being at the highest point of the town. From here you will find a beautiful view that reaches the entire region to the sea. Attached to the Church, and in the middle of the street, we see a small Chapel of Bones. You can also visit the Fonte Velha, the Casa-Museu de Pechão and the Chalé de Belamandil, the Solar do Torrejão, the coast mills and the daughter-in-law of the 3 sugar mills in Belamandil.

Flat, rustic land, Mosque, Alcantarilha, Amendoeiras Golf, Faro, Portugal. Rustic land, composed of clean and flat land, in an area of ​​orange orchards, in Sítio da Mesquita, Alcantarilha. It has reasonable access, electricity and water close to the property. Alcantarilha is an old Portuguese parish in the municipality of Silves, with little population density, with all services and about 4 km from the beach of Armação de Pera, a beach with extensive sand, framed by the urban-tourist center of Armação de Pera that offers numerous services to beach users. A pedestrian promenade overlooking the sea, with landscaped spaces and a view over the coastline, runs along the central sector of the beach offering sunny terraces. To the east of the beach and doing justice to the long fishing tradition of Armação de Pera, the beach is occupied by colorful fishing boats and equipment houses. The name of the beach comes from this being the place where the fishermen from the village of Pera, located further inland, set up the 'armação' (fishing device) which was the basis of their livelihood. Past Pescadores beach, the human marks fade and the horizon opens up. You can then see the dunes as far as the eye can see and the wetland that forms at the mouth of the Alcantarilha stream, with its typical vegetation and countless water birds, such as the huge gray heron or the small and tireless plovers. Book your visit to this property now! 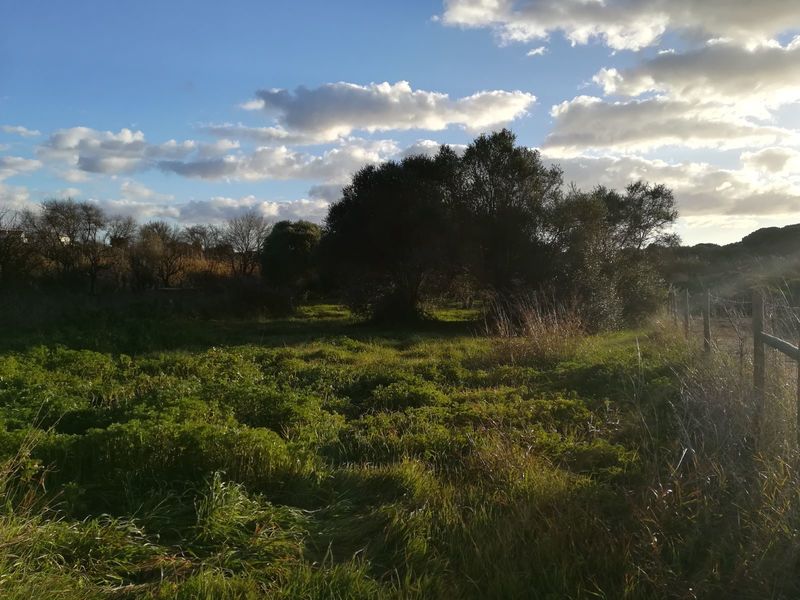 Algarve, Faro, Loulé Boliqueime, rustic land with its own hole, located in a flat area Rustic land, with some trees, has its own hole, located in a flat and quiet area, bordering a water course (Ribeira de Quarteira). It has good accessibility, a few kilometers from the beaches, Boliqueime and the city of Albufeira. Excellent potential for cultivation due to the existence of a hole and the characteristics of the land. 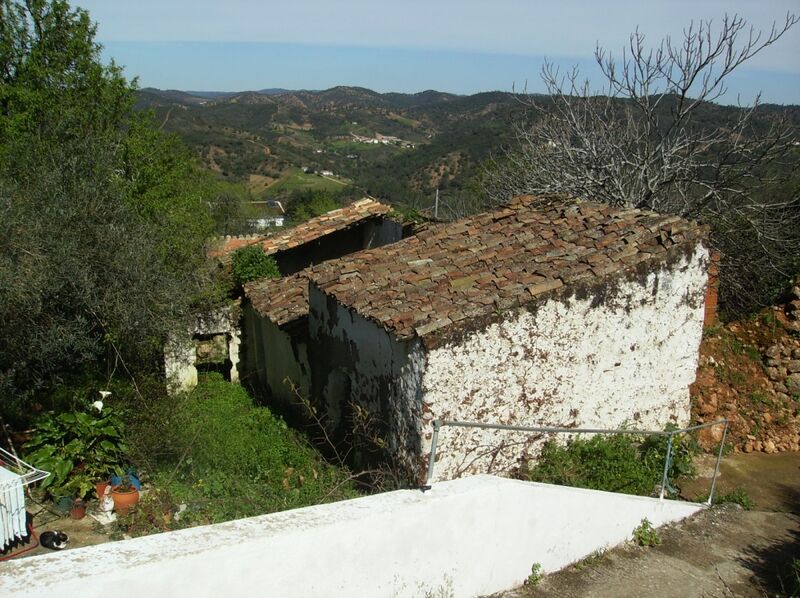 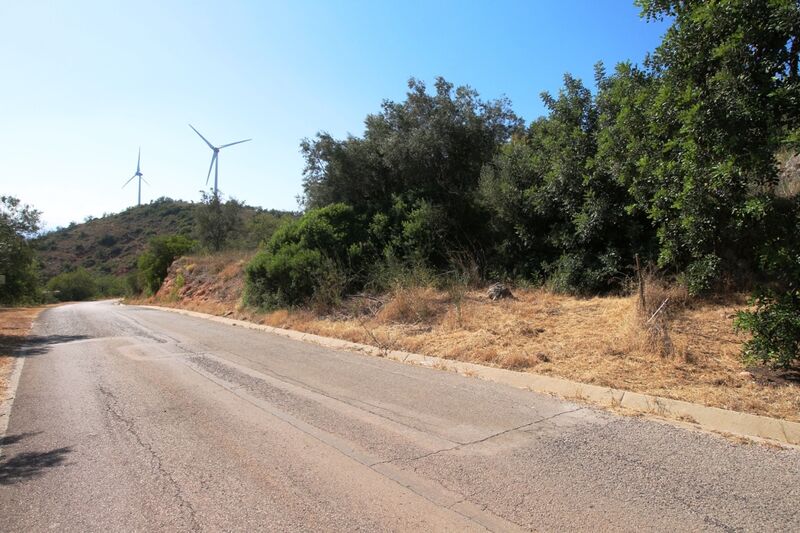